Following a "review of hundreds of pages of internal emails, corporate documents and federal records," the Times claims that "[f]aulty parts have been installed in planes. Tools and metal shavings have routinely been left inside jets, often near electrical systems. Aircraft have taken test flights with debris in an engine and a tail, risking failure."

The Times also reported on allegations that whistleblowers and employees who spoke up about these alleged issues were sometimes "retaliated against."

"This article features distorted information, rehashing old stories and rumors that have long ago been put to rest," Zaback said. "The allegations of poor quality are especially offensive to me because I know the pride in workmanship that each of you pours into your work every day."

The Boeing VP also noted that reporters from the Times were invited to visit the North Charleston facility,but declined.

This isn't the first time that allegations have surfaced regarding so-called shoddy work at the South Carolina Dreamliner site. In 2014 the Seattle Times reported that "Boeing 787 Dreamliner fuselage sections from North Charleston, S.C., have arrived at the Everett [Wash.] final assembly line seriously incomplete with wiring and hydraulics lines missing."

Last month, Defense One reported on an appearance by U.S. Air Force acquisition chief Will Roper in which he noted that "tools and parts to be left inside tankers delivered to the U.S. Air Force."  The tankers in question are the Boeing KC-46 Pegasus, a military transport and refueling aircraft, built at Boeing's Everett site.

While the aerospace industry predates the Boeing Dreamliner plant in North Charleston in 2011, the sector took off after the 787 plant's arrival. Today, aerospace has an annual economic impact of $19 billion in the Palmetto State, with 22,000 workers employed in the industry, according to the S.C. Department of Commerce.

From 2010-2017, the aerospace core has grown by 13% in South Carolina; subtracting Boeing, the core has by 5.1%, according to S.C. Aerospace, an industry cluster supported by S.C. Commerce on the S.C. Council on Competitiveness.

Over 7,000 men and women are employed by Boeing South Carolina
*** 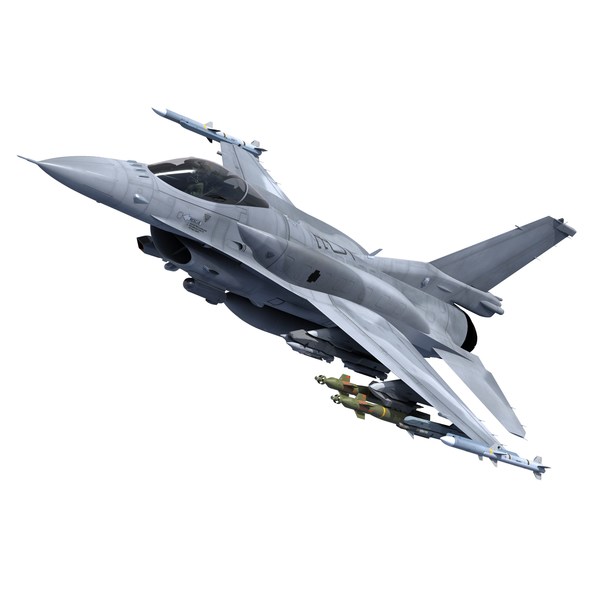 "South Carolina's workforce is second to none, and the fact that Lockheed Martin continues to invest and put its faith in South Carolinians to build the newest F-16s in Greenville speaks volumes about our state and the company," said McMaster in a statement. "Every person who calls South Carolina home should be proud that the F-16 is made right here in the Palmetto state."

With future F-16 sales anticipated for Slovakia, Bulgaria, and Morocco, Lockheed Martin is bullish on their new Palmetto State production line. "This is an exciting time as we celebrate another important milestone for the F-16 ‒ the world's most successful, combat-proven 4th generation fighter," said Michele Evans, executive vice president of Lockheed Martin Aeronautics.

The Trump administration also hopes to sell new South Carolina-built F-16s to Taiwain, but the move is meeting resistance from China. Reports have surfaced that the Washington is putting the Taiwain F-16 deal on the back burner while the administration seeks to reach a trade deal with the People's Republic, according to Asia Times. Taiwan, meanwhile, maintains that the deal is happening.

According to the statement, "[m]ore than 400 new jobs will be created to support the F-16 production line in Greenville."

Dig South, the South’s tech summit, kicks off at noon, with registration at the Gaillard Center in Charleston, S.C., followed by Upload Charleston Shindig, the official opening night celebration.

The three-day conference, dubbed the SXSW of the Southeast, was designed to give companies access to global brands, build connections, and boost the South’s tech sector.

The theme this year is “What’s Your Story?” and the list of 81 speakers includes best-selling author Greg McKeown, LendingTree CFO J.D. Moriarty, and Oracle VP of Startup Ecosystems Jason Williamson, who will discuss the benefits of adversity. Talks cover emerging tech, business growth, digital marketing and fintech-blockchain, including a discussion about why crypto currencies are collapsing.

One of two pitch events will feature companies vying for $10,000 in Oracle Cloud credits plus entry into Oracle’s startup program. A limited number of tickets remain for general access, VIP access and the Upload Shindig. For more, visit digsouthtechsummit.com. --Leigh Savage

Why new Netflix show about the Outer Banks is filming in SC, and how you can be in it (The State)

Why it matters that Lockheed Martin will launch production of F-16s in Greenville (Greenville News)
Despite drop in attendance, Charleston Wine + Food sets record for economic impact (Post and Courier)

SC teachers planning May 1 walkout to ‘stand up’ for better pay, school reforms (The State)

The Defense Department, a hierarchy fixated on technology, is unequipped to confront a world of disruptive challenges (Defense One)

Taco Bell's Vegetarian Menu is Another Stroke of Genius (QSR)

The Wire
Central Carolina Community Foundation Awards $20,000 Total In Beyond The Table Grants